The ongoing diary of Chelon, Mage and Grey Warden. Start at the beginning. 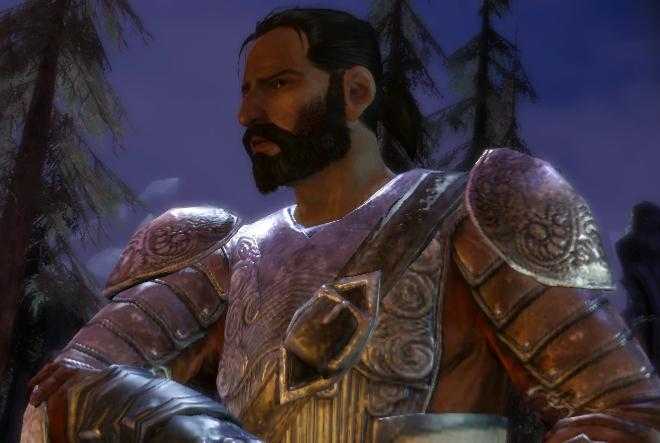 Duncan proved to be a good, and understanding, travelling companion. The trip from the Circle Tower to Ostagar was not a quick one, and I quickly had to learn many things that I’d never had to bother with inside the tower. How to make a campfire (aided somewhat by my elemental magics) as well as how to catch and cook game, and how to set up a tent. Thankfully, Duncan had some idea what sort of person he was getting, and he assured me my skills as a mage would more than balance any lack of fieldcraft.

About the Grey Wardens he said little, except for their mission. How fighting darkspawn was accomplished, or why Grey Wardens were more adept at it he was loathe to comment. He obviously kept his own council well, and I respected that. His mind reminded me of the First Enchanters, cagey and devious. But where Irving had been focused inward, to the Circle and Chantry, Duncan’s mind was focused like an arrow on the destruction of the darkspawn and protection of Ferelden, and all the lands of world.

I found some comfort in this familiarity. If I was trading one master for another, perhaps one with more focus would be better. Duncan would take care of his people, I knew, if only because they were weapons against his primary enemy.

During our journey to Ostagar, Duncan kept his own counsel. We did discuss the role of the Grey Wardens, but only in general terms, and not the particular details.  He did teach me a great deal about basic fieldcraft, and had a certain amount of patience for me, as I’ve lived inside the tower all my life, and had little practical knowledge of the outside world.

Upon arrival at Ostagar, I met the King! I was amazed at his personableness, although it was obvious he held the Grey Wardens in high esteem.  This, I felt was a good thing.  I would be joining them, and what better leader to aspire to than the King himself? Duncan was reticent, and concerned that there was more at stake than the King believed, but I could hear the care with which he picked his words.  I hope to learn from him in this, as diplomacy seems to be one of the Grey Wardens’ more common tasks.

Duncan gave me leave to the camp and I wandered a bit until I found Alistair, who was having a hard time with a Circle Mage.  I watched bemused, then we talked for a bit. He was ex-Templar, and therefore ex-Chantry.  He didn’t seem to care that much about the Chantry or their beliefs, though, which relieved me a bit.  I wasn’t sure I liked him, but he was a Grey Warden, and my guide.

We gathered up the other candidates, and got our task from Duncan.  We had to gather some materials from the Wilds, and find some old contracts.  I was also looking for some herbs, both for my own potion making, and for one of the dogs which was suffering from a darkspawn attack.

I hadn’t thought much about the darkspawn through this process. They were our enemy as Wardens, but I’d never seen one.  Chantry legend is that they were created by ancient Mages, which is as good a theory as any, I guess. Maybe I could learn more through my work with the Wardens.  I still didn’t believe the gift of magic was really a curse.

Our mission was essentially successful, although when we arrived at the magical preserved and sealed 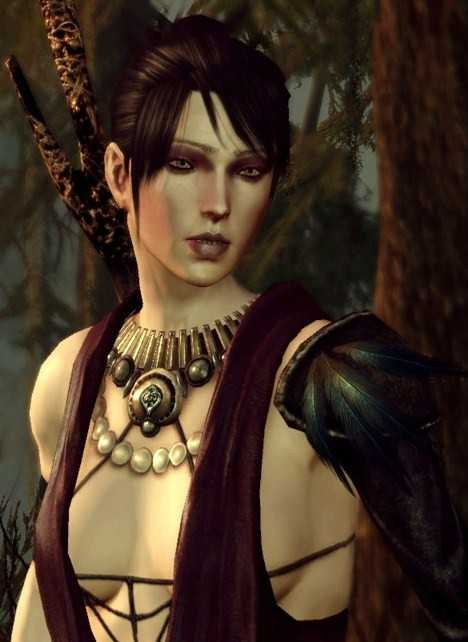 chest, we found it magically looted and gone.  At that point someone who may or may not have been a “Witch of the Wilds” showed up.  Alistair and the other two compatriots seemed pretty concerned about who she might be.  I spent most of my time trying to figure out how her top stayed on.  The remainder of that time I spent ogling the parts her top didn’t cover.  I know, not very Grey Warden of me.  For once I regretted such a sheltered life.  Certainly Circle Mages never wore anything quite like that.

She took us back to her mother’s place, and the guys all freaked out over the woman, someone named Flemeth.  I should have probably paid more attention.  I certainly know how to concentrate and focus better than I did at that moment.  Flemeth finally asked me what I thought of everything, and I just told her I didn’t know, because, honestly, I hadn’t been paying attention.  She seemed to think this was really wise, and that made me let out a breath I didn’t know I was holding.

We took our documents and made our leave.  We had things to do back at camp, and Grey Wardens to become.  I don’t know what this thing is that Duncan wants to do, but I’ll write about that the next time, as well as what we plan to do for the defense of Ostragar

I’d hoped to get past Ostagar with this post, but I’m still introducing things, and developing Chelon. Next week I should catch up and pass my current play point. Which means I can play again this weekend, this time taking freaking notes.